Sentry Page Protection
Please Wait...
OK. Again, we know it wasn't a trauma ABG! But, it's a great ABG for doing some more practice, and it has real comments from the examiners attached. 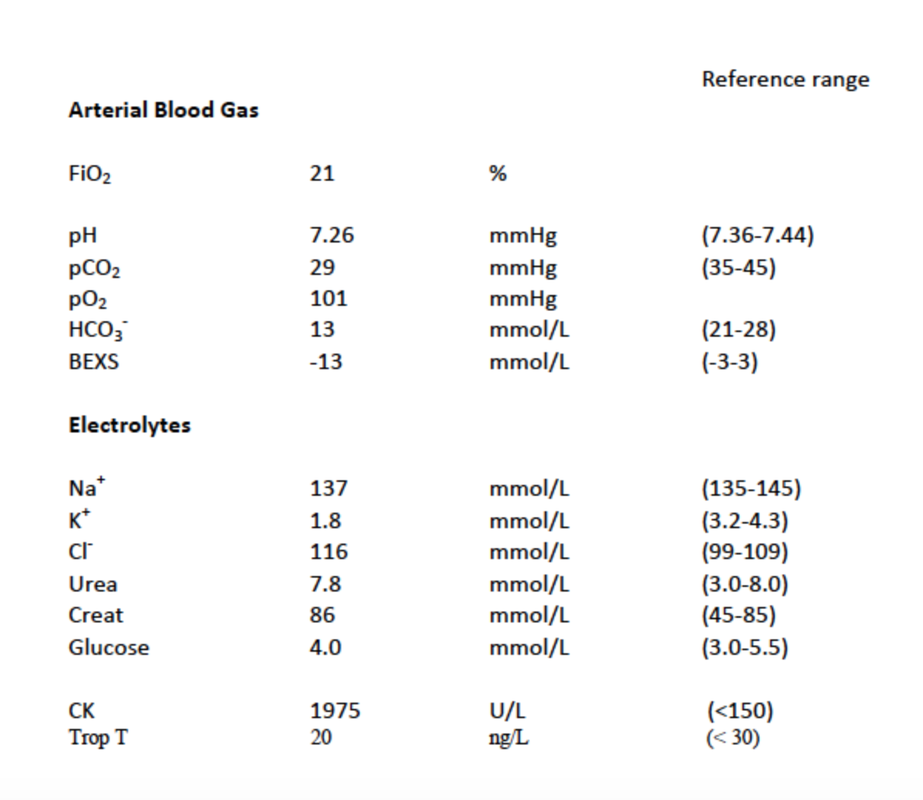 So, how did you go in that very generous six minutes we gave you?

To pass the exam standard, you should be able to write down:

ELECTROYLTES
Critical hypokalaemia - likely the cause of the weakness (and a risk for VF!)
Mild elevation of CK with preservation of renal function
Mild chloride elevation (renal retention of chloride for NAGMA)

That's it! Take it from us, you need to be able to get through that in six minutes. For the record, the examiner's comments from the 2013.1 examination report are below for your information. Have a read - they are an interesting insight into the examiner's approach to marking questions. The pass rate of 46% is also an interesting comment on candidate's abilities to do an ABG question. In the new exam you will probably end up with a more directed question (similar to the ones we are asking) but you need to able to assess and deconstruct an ABG on its own merits.
FACEM VAQ Exam 2013.1 – Question 3